Louay Alghoul is a licensed lawyer in the Province of Manitoba, who specializes in the fields of Immigration Law, Corporate and Commercial Law, Estate Law, Aboriginal Law and other various areas of the Law. He has many years of experience within these areas of the Law and has successfully represented clients on numerous issues, including immigration appeals, Residential Schools hearings, Civil Litigations and judicial reviews.

Mr. Alghoul immigrated to Canada in 1989 and has since made this his home.  He has earned his Law degree from the University of Manitoba and was called to the Manitoba Bar in 2006.  He has since established his own successful law firm.

Emily Kaplan practices in a broad spectrum of areas, specializing in the areas of aboriginal law, immigration and refugee law, wills and estates, and civil litigation. Emily has a Bachelor of Arts, with a major in psychology and a minor in philosophy. Emily obtained her legal education at the University of Manitoba Law School. She received her Call to the Bar in 2009.  Emily received her articles at Zaifman Associates, working in immigration law. During this time, Emily also worked for Manitoba Interfaith and Immigration Council, in the refugee legal department.  Emily is currently a member of the Canadian and Manitoba Bar Associations.

Sasha Harvard graduated from the University of Winnipeg in 2001 with a Bachelor of Arts in Political Science, and from the University of Manitoba in 2009 with a Bachelor of Laws.  After completion of law school, he articled with the Provincial Crown before being Called to the Bar in Manitoba in 2010.  Mr. Harvard’s practice areas include Civil Litigation, Family Law, Criminal Law and Administrative Law. 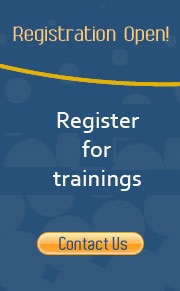